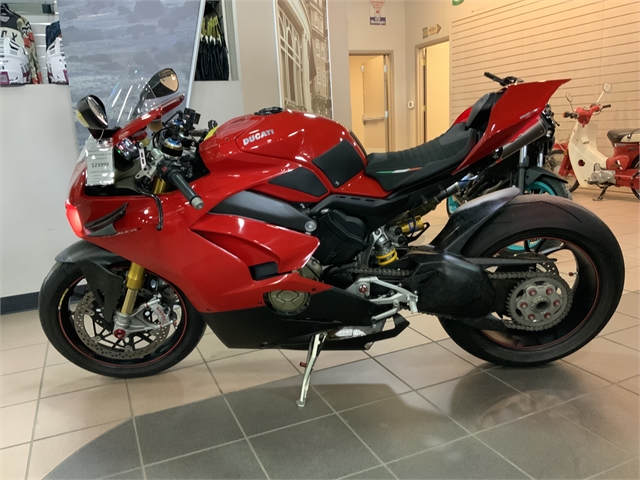 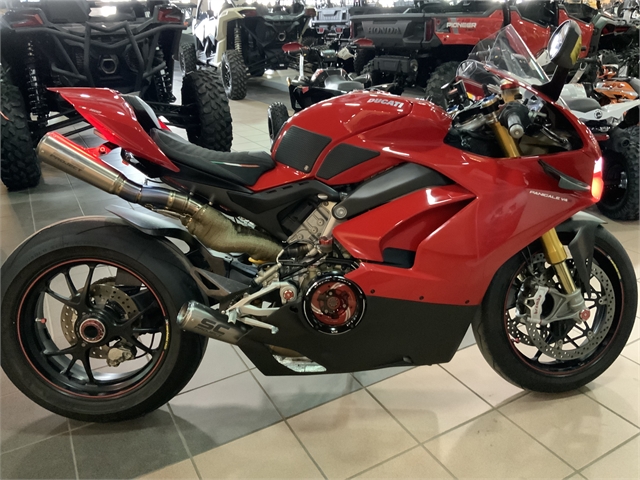 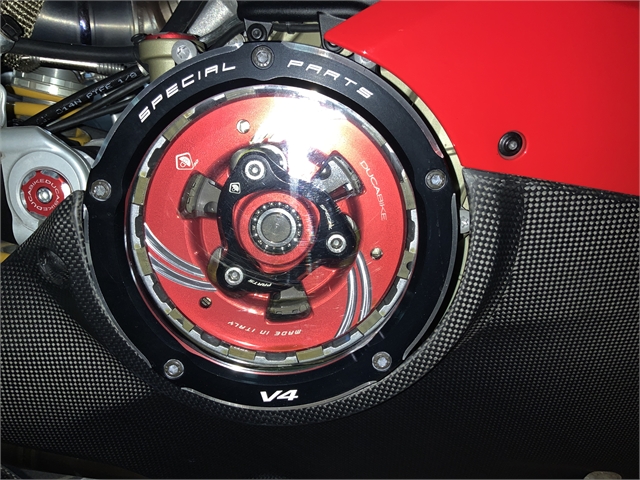 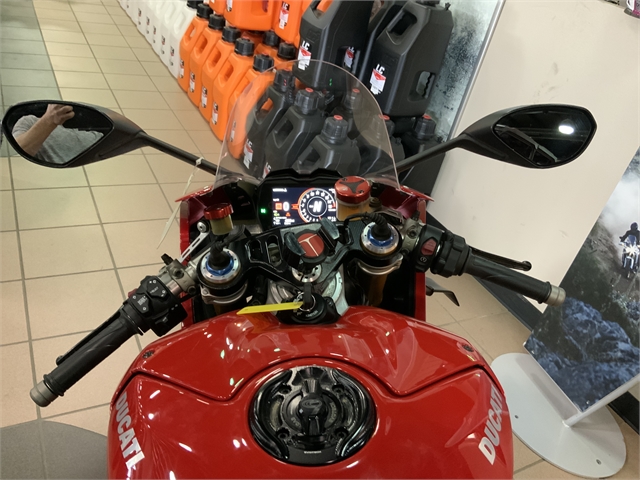 213 people have recently viewed it.
Description

It is called Panigale V4 and it marks a new and important chapter in Ducati's history, a "symphony" of performance and emotions that's 100% Italian. Panigale V4 is the first mass-produced Ducati motorcycle to be equipped with a 4-cylinder engine, closely derived from the Desmosedici of the MotoGP. The Panigale V4 range grows with the introduction of the new Panigale V4 S Corse: with an exclusive livery inspired the official colors of the Ducati Team MotoGP, it is an authentic celebration of the Ducati's racing spirit.

The Panigale V4 replaces the iconic 1299 at the top of the Ducati supersport range, doing so by enhancing performance and ridability so that riders of all skill levels can enjoy boundless fun and excitement. The Panigale V4 has been developed in close collaboration with Ducati Corse, drawing directly on know-how and technology from the racing world to provide a road bike that is the closest thing possible to its MotoGP counterpart.

The Panigale V4 Speciale completes the range and takes the concept of Italian sports bikes to an extreme. An exclusive and dedicated livery; Ducati Performance titanium racing exhaust by Akrapovic for 226 hp of power; components in carbon and aluminium worked from the solid. The new Panigale V4 Speciale is produced in a limited and numbered series of 1,500 motorcycles. Details that make the difference, unique and distinguished thanks to the three-colour livery and many dedicated technical elements, like the billet steering plate with screen-printed logo and progressive number, or the seat covered with precious Ultrasuede.

The new Panigale V4 sets new absolute performance benchmarks and raises vehicle safety and dynamics control standards with a state-of-the-art electronics package that maximises the potential offered by Bosch's six-axis inertial platform. Other original controls have also been introduced, like controlled slides during braking, ABS Cornering that acts only on the front brake with a setup that was designed specifically for track riding, and Quickshift Up & Down with a strategy that takes into account the lean angle.

The S version is equipped with refined Öhlins suspensions with Smart EC 2.0 system and top-level components like aluminium forged rims and lithium-ion battery.